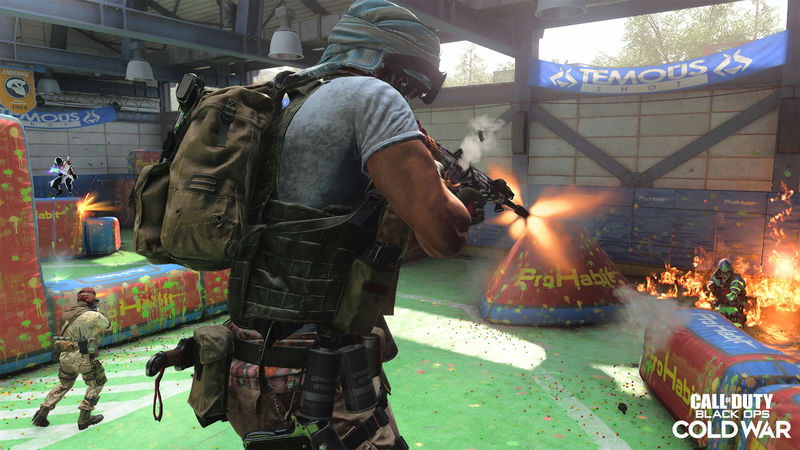 Call of Duty: Black Ops Cold War got a brand new update today, making improvements to Mauer der Toten in Zombies and adding the new Rush map to many multiplayer modes. There’s also a new optional High Resolution Texture Pack to download for PlayStation 5 players, separate to the main patch. Later on in the week, a new Free Access Week will begin and this will be followed by a Double XP weekend.

Whereas the High Resolution Texture Packs would normally be installed automatically with the latest updates, this is no longer the case. Beginning today, July 20, PS5 players will be prompted to install these packs to gain the “best visual experience” for multiplayer, Zombies, and Dead Ops Arcade 3. If players don’t want to download the pack immediately, they’ll be able to install it at any time from the in-game Franchise Store (for free)

Beginning on July 22, those who have yet to purchase the game can give it a try for free for seven days. Black Ops Cold War Free Access allows players to try all of the round-based Zombies maps, including Mauer der Toten that was added at the start of Season Four. Many of the multiplayer modes will also be available, including NukeJacked 24/7, Paintball Moshpit, Throwback Moshpit, Party Games, and Team Deathmatch. The Free Access period will end on July 29. Players can also make use of the latest Double XP weekend. The weekend begins at 10 AM PT on July 23 and lasts until the same time on July 26.