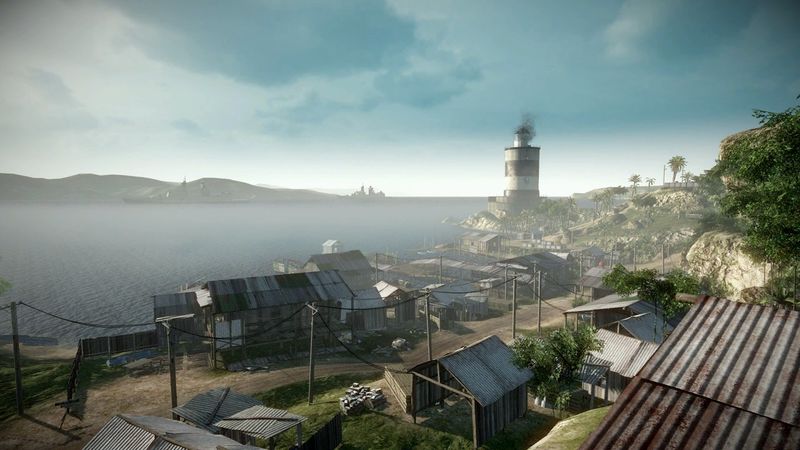 A recent teaser for Battlefield 2042’s new mode that will be revealed on July 22 apparently points to the possibility that a fan-favorite map from Bad Company 2 will be in the game.

An eagle-eyed fan on Reddit used Photoshop to reveal that the video contains what appears to be a reference to a map that bears a strong resemblance to Bad Company 2’s Valparaiso. As you can see in the image below, and more clearly in the comparison shot further down the page, the map shown in the teaser video very much appears to be Valparaiso.

Here is another comparison made by u/VickeP_, bravo! ?
Via Reddit https://t.co/1551ttT2As.
Valparaiso, #Battlefield 2042.
Thanks @Marshen_ for the heads up 🙂 pic.twitter.com/JdUzatEO5V

Battlefield 2042’s new mode will feature fan-favorite maps from the Battlefield series, and Valparaiso would certainly fit the bill. As for how this map would factor into the new Battlefield game, that’s anyone’s guess. So far, DICE has confirmed only that Battlefield 2042 will have seven All Out Warfare maps at launch, with more to come over time.

Bad Company 2 never got a sequel, but if one of its maps lives on through Battlefield 2042, that’ll at least be something for fans of the sub-brand to enjoy.

Whatever the case, we’ll know more very soon, as EA and DICE are set to officially announce this new mode on July 22 during EA Play Live. The show is also expected to bring news about what’s next for Apex Legends and reveal the first gameplay for the EA Originals title Lost in Random.