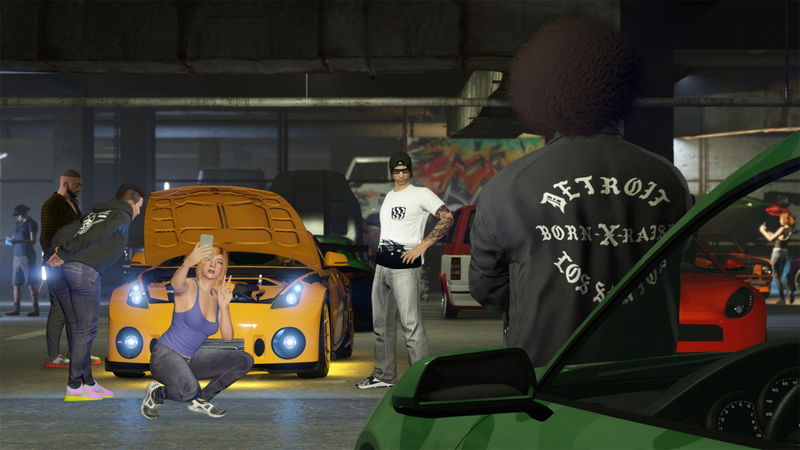 Rockstar Games recently released GTA Online’s big summer update with the Los Santos Tuners content now available for everyone to try out. That update had been regarded as a key release for players who were looking for GTA Online to be reinvigorated with new things to do, and according to Rockstar, the update apparently did its job by attracting more players than any other GTA Online update before it. As a gift for players who helped set that new record, Rockstar said it’s giving everyone a bonus of GTA$250K.

The giveaway of in-game cash was announced on Friday just a couple of days after the Los Santos Tuners update released. The update was largely about cars, car meets, races, and all kinds of related activities, and it seems like that’s exactly the sort of thing that GTA Online players were excited to get.

A huge thank you to our amazing GTA Online community — we’re extremely humbled to share that more players joined GTA Online for the launch of Los Santos Tuners than any update ever!

In thanks, we’re dropping GTA$250K in everyone’s accounts shortly. See you on the streets of LS! pic.twitter.com/VrqXgCNNwc

Rockstar didn’t give specific numbers to say exactly how many people hopped into the game for this update compared to past updates. It’s also unclear from the wording if this means new players got into GTA Online for the first time because of the update or if this update simply brought in the biggest increase in player count compared to others, but either way, a record was set and players got some GTA cash because of it.

If you’ve been playing GTA Online since the release of the update and haven’t yet paid your dues to join the LS Car Meet, it might be worth the investment to use part of Rockstar’s giveaway for that purpose. It only costs GTA$50,000 to buy in so that you can take advantage of the perks the feature offers. It’s also one of the key parts of the Los Santos Update, so if you’re trying to make the most of the content, it makes little sense to ignore this feature.

Simply step inside the LS Car Meet any time through August 18th to unlock the LS Customs Varsity Jacket.

Becoming a member for GTA$50,000 opens a huge range of features including Test Drives, Prize Rides, new Race modes, and much more. pic.twitter.com/lzZXiH7rAM

GTA Online’s Los Santos Tuner update is live across all platforms with the GTA$ bonus going out to players’ accounts soon as well.