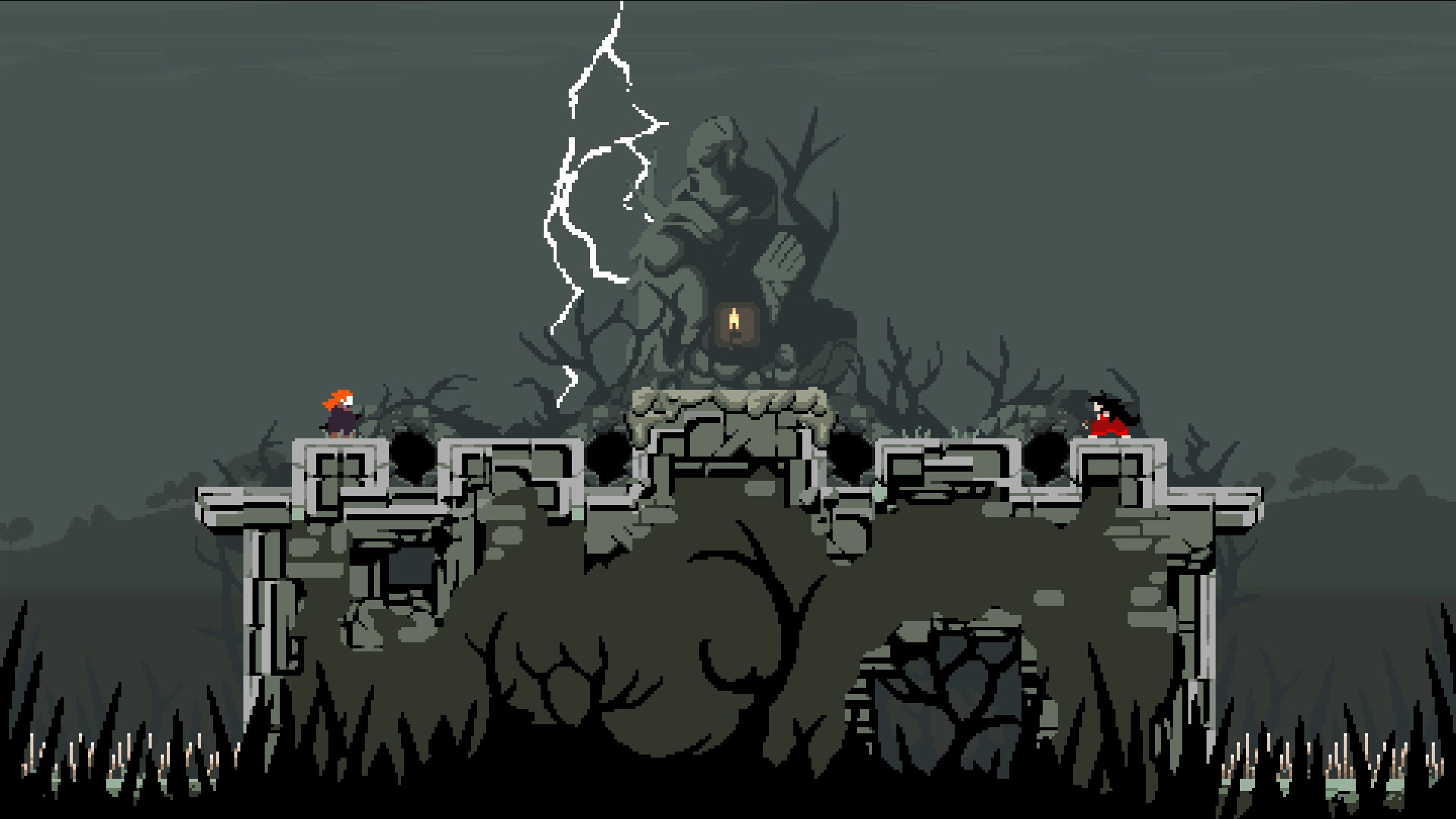 On an average day, about a dozen new games are released on Steam. And while we think that’s a good thing, it can be understandably hard to keep up with. Potentially exciting gems are sure to be lost in the deluge of new things to play unless you sort through every single game that is released on Steam. So that’s exactly what we’ve done. If nothing catches your fancy this week, we’ve gathered the best PC games you can play right now and a running list of the 2021 games that are launching this year.

Launched into Early Access last week, this sequel brings some much requested features and improvements to the original game’s fast-paced pixel art deathmatch. Not only does it now support online play, but there’s a single player story mode if you fancy some fun without the performance anxiety (though you can play it with friends as well). There are six playable samurais each with their own unique abilities, but they all share a sword and a gun, the latter with only three bullets per match. Most notably at launch is the inclusion of Ana from Spelunky 2 and the duck looking thing from Minit. The original game was a lot of fun and this is shaping up to better it.

Another Early Access launch, Natural Instincts is a god game focused on the breeding and protecting of various kinds of wildlife. The game is billed as “relaxing” so a large part of Natural Instincts is just observing how the various animals interact with their environment and fellow creatures, and if you want to focus on protecting any single species you’re going to need to be careful: If you eliminate their predators, for example, that’ll have natural roll on effects for the forest as a whole. There are several campaigns to play through, with each focusing on a particular species. The Early Access stint will last a year, with a focus on responding to player feedback and adding more content.

Yuki is a fast-paced bullet hell roguelike made especially for VR. There’s not much more to say about it, really, and you’ll need to see it in action to understand why I’ve included it: It just looks really fun and fluid in action. In addition to shooting at foes and avoiding incoming bullets there are also physical incoming obstacles to dodge, and along the way you’ll collect power-ups that can dramatically change your run. You’ll need a two metre square play area, and it’s compatible with Index, Vive and Oculus Rift.

Mythos Ever After: A Cthulhu Dating Sim RX

Billed as “just another cosmic horror dating sim,” Mythos Ever After has you interacting with various tentacled beasts in order to hopefully spark a love affair. It’s exciting stuff, but more exciting is its a pop culture convention setting, which ranks just above Innsmouth as the scariest place you could possibly be.  Across the four days of the convention you’ll get to interact with “twelve squid siblings” and you can also win prizes too.

Here’s a fairly straightforward side scrolling platformer with gorgeous 16-bit era sprite work. You play as a guy with a beard, and this beard is capable of all kinds of things: killing enemies, acting as a glider, and pounding through otherwise impenetrable walls, among other things. If you’re anything like me, you probably don’t need your arm twisted in order to check out a ye olde styled platformer with art like this, especially when the enemies are called Smuglins.

These games were released between July 19 and 26 2021. Some online stores give us a small cut if you buy something through one of our links. Read our affiliate policy for more info. ‌