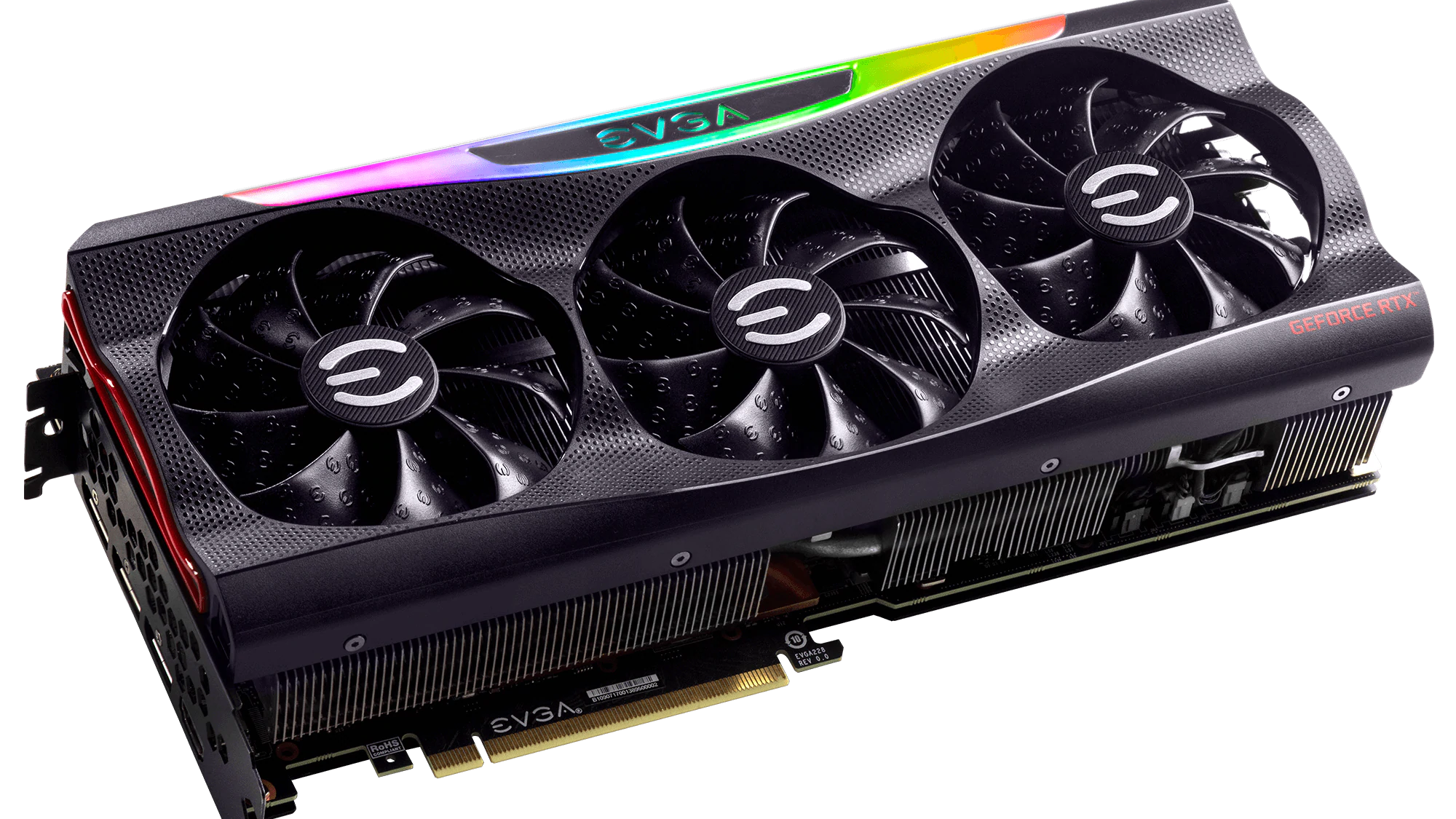 EVGA’s problem with its RTX 3090 graphics cards and Amazon’s New World are maybe not limited to those GPUs. Or even just that game. After investigating the matter in detail, German tech site, Igor’s Lab, has discovered that the fans on affected cards are trying to hit ridiculously high speeds and that hardware monitoring is the most likely culprit.

If you run fan monitoring software on the affected cards, you’ll spot some ludicrous fan speeds briefly being targeted. Igor managed to grab a shot of this happening with a GeForce RTX 3080 FTW3 Ultra, where the fan speeds briefly jumped up from their more regular 2,400RPM to over 200,000RPM. Gulp.

The fans obviously can’t spin that fast, but that doesn’t stop them from trying. With quite the whine for anyone in earshot. Something fundamental is clearly wrong here, and in case you’re wondering, setting your own fan speeds, either manually or by creating your own fan profiles, doesn’t seem to have any effect either.

The only answer appears to be lowering the GPU’s power limit to 50–60%. That way the card never pushes itself so hard that it becomes a problem. Like a serious, GPU destroying problem.

At least EVGA has said it is replacing any affected cards if they’ve been bricked by the New World beta issues.

This fan problem isn’t even reserved for the main menu of New World as previously thought, where you can hit frame rates in the thousands. It can happen when you’re actually playing the game, too. Under normal circumstances, the user probably wouldn’t notice these little blips, but save a log of your fan speeds and you’ll soon spot the issue.

It doesn’t just affect New World either, as Anno 1800 also exhibits outrageously high fan speeds at times, particularly when opening the menu or accessing tooltips. These are times when the frame rate can potentially suddenly shoot up, though it bears mentioning that we’ve heard of no reports of RTX 3090s getting fried by Anno 1800.

This does potentially point to the underlying issue with the hardware monitoring silicon on EVGA’s cards. When you’re hitting as much as 1,000–2,000 fps that means frames are being rendered in less than 1ms, which can be quicker than the monitoring chip can respond to. Fan speeds shoot up, power draw goes off the charts, and the card then fails.

The best solution would seem to be for EVGA to release a firmware update for the affected cards, something that Igor believes should be possible. We’ll have to see how EVGA responds to these latest investigations, however.