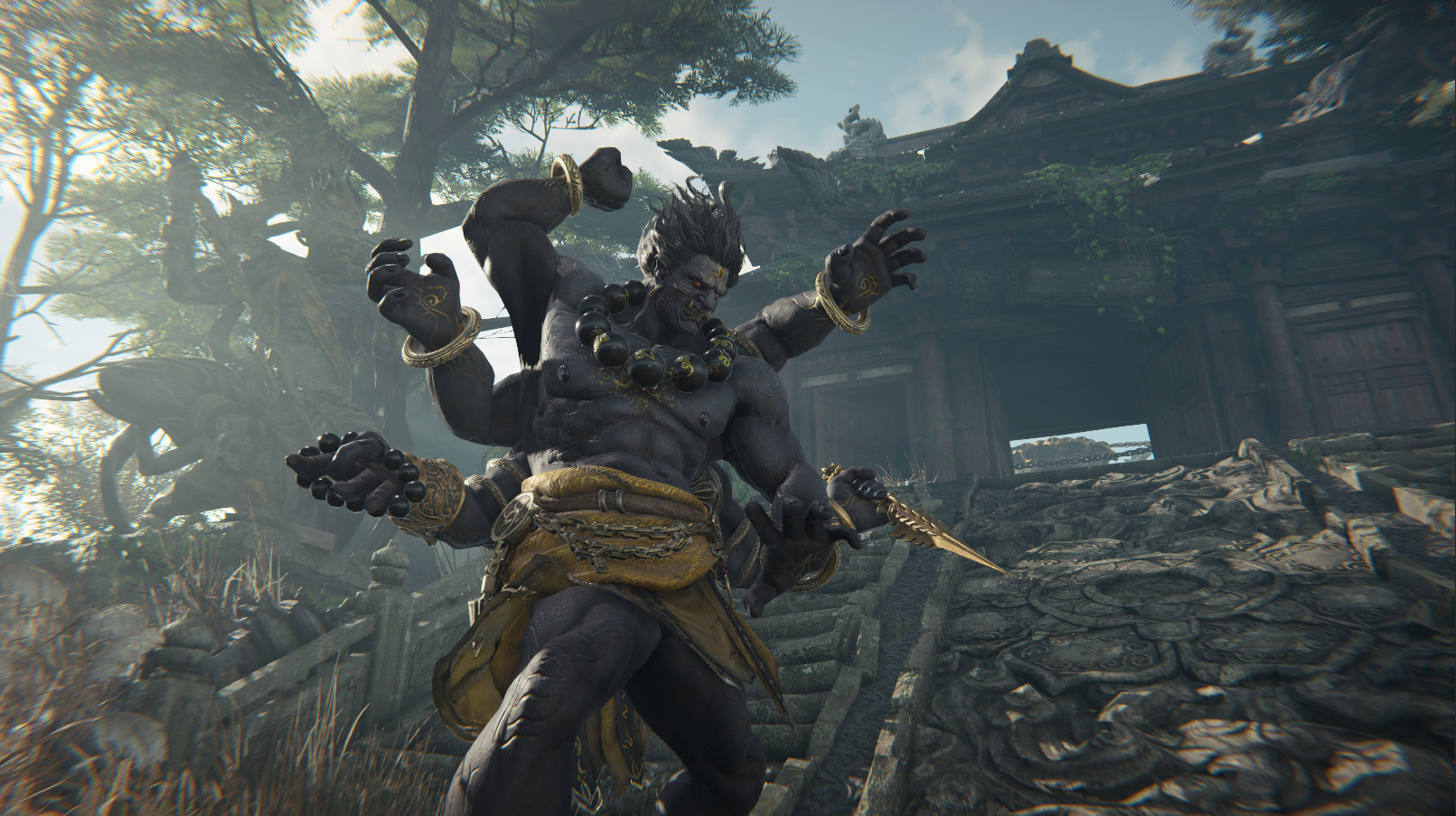 When my Naraka: Bladepoint playtime was still within Steam‘s two hour easy refund window, I was not having fun. Martial arts battle royale is a great idea, but I was disappointed by the execution from Hangzhou-based studio 24 Entertainment. The progression and monetization systems look like a lot of work to unpack, the English localization is sloppy, and your first match is against bots who behave more like dust particles caught in air currents than players. It seemed pretty bad.

A few more hours and one heartbreaking second place finish later, however, and my favorite character and I both achieved Greater Understanding. For travelling monk Tianhai, that was a Cultivation reward tier in one of a reckless number of progression systems. For me, it was the understanding that Naraka: Bladepoint is a pretty good videogame.

If you didn’t get a taste of it in the betas, here’s a rundown of how Naraka works:

It’s a lot to acclimatize to. I didn’t enjoy Naraka when it matched me against bots—it doesn’t tell you it’s going to do this for your first game, annoyingly—but I didn’t immediately enjoy playing it against other people, either. After some leisurely scavenging, my crew and I would get ambushed and killed in a whirlwind of particle effects and the whole thing seemed senseless.

I started having fun once I got a feel for the basic strategy, though. I initially underestimated the importance of loot. Without good armor it only takes a few hits to kill you, and if you’re not seeking out epic-grade gear and stat upgrades and keeping everything repaired, you’re going to lose fights. It’s not Chivalry 2 where a naked guy with a fish can kill a knight. And forget trying to win uneven fights, unless your melee combat skills are top tier. I’ve learned to be nimble and only go in for the kill when I’m facing an overextended enemy. In threes, sticking together is essential, because if one player is ambushed by more than one player, they probably won’t survive.

To some degree, Naraka has just made me think about how much fun a battle royale game with Chivalry 2’s combat would be. I prefer that slower, heavier fighting style to Naraka’s flavor of supersonic comboing, though maybe I’ll acquire a taste for it over time. What I’m really enjoying about Naraka right now is the freedom of movement, sweet arrow shots, and how unrestrained I feel in its world. It’s competitive and exciting, but the hushed looting and heads-down crouch-walking of games like PUBG is mercifully replaced with carefree zipping around and surprise swordfights when someone leaps on you from the top of a tree.

Healing is pretty easy in Naraka, and the focus on movement means that there are lots of ways to get into and out of a fight. It’s not uncommon for everyone involved in a skirmish to retreat at the same time, making the whole encounter feel hilariously pointless. I love that you can really be the anime assassin who the heroes watch bounding into the hills after an unsuccessful murder attempt.

In one solo match, another player and I were both playing as Tianhai, and when it looked like he was about to win the fight, I ulted and turned into Tianhai’s giant form, and then he ulted and turned into a giant, too, and we pointlessly stomped and batted at each other as giants before realizing the circle was closing on us. He ran away, and then I ran away, and two four-armed giants stomped through the woods, looking ridiculous.

I’m enjoying petty, silly interactions like that, which are a far cry from whizzing bullets past each other’s ears. It’s reminded me just how lightly the genre has really been explored. It exploded so quickly and forcefully in 2017 that there was already battle royale fatigue by 2018, but it’s not as if we’ve come up with every cool way to put lots of people in a big map and make them fight each other.

I’m miles away from being able to deliver a final verdict on Naraka: Bladepoint. Whether it’ll continue being fun for another 10 or 100 hours, I’m not sure, and I still need to investigate the Byzantine progression and monetization. If you really care about customizing characters, though, one surprising feature is a detailed face customization system that, independent of all the unlockable outfits and gear, lets you make granular changes to each character’s mug, or abuse the sliders until everyone looks like Shrek after a severe allergy attack. Great stuff.

We’ll have a full review of Naraka: Bladepoint soon. It’s on Steam now for $20.