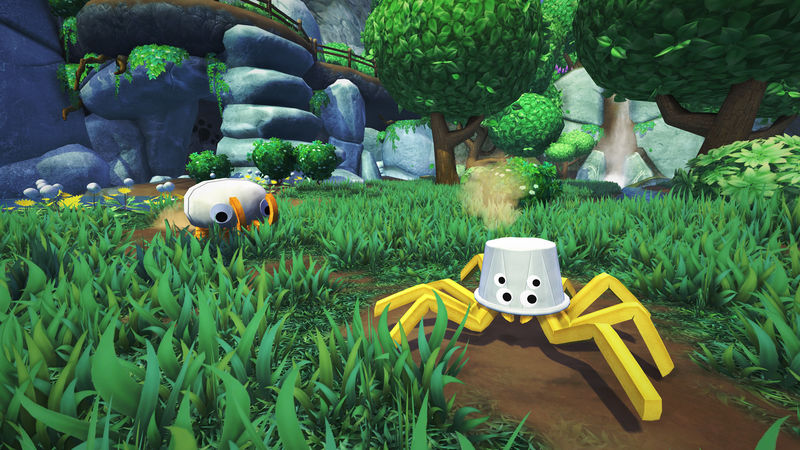 Until now, the only way to enjoy the lovely yet weird bug-catching, photography, and body horror extravaganza that is Bugsnax on PC was through the Epic Games Store. That means that Steam users have been unable to do any kind of investigative journalism about bugs that also happen to be snacks.

Thankfully, that period of Epic Games exclusivity seems to be at an end, which means that everyone on Steam will soon be able to hear the game’s catchy music and catch themselves a Bunger or two.

Add it to your wishlists NOW! ->https://t.co/pwvT2qagbX

The store page for Bugsnax is now up on Steam and shows that the Grumpuses will be arriving on Valve’s storefront sometime in 2022. No official release date has been set as of yet, but more news about the game’s impending Steam launch should be coming within the next few months.

The game has received mostly positive reviews due to its unique premise and likable characters. After all, how could you possibly hate someone named Floofty Fizzlebean or Gramble Gigglefunny? The game is incredibly charming and worth a look if you want to catch bugs shaped like pizza that can fly across the sky.

If you’re still a little fuzzy on what exactly Bugsnax is, you play as a journalist who travels to Snaktooth Island to write a story about the delicious creatures that live there. Of course, when you arrive, things have spiraled out of control because the small settlement of Grumpuses – the odd, walrus-esque furry people that exist in this world – on the island have lost their leader and drifted apart. Now it’s up to you to help these hapless settlers put aside their differences and reform their society. Also, you feed them bugs shaped like hot dogs and their body parts turn into food. It’s pretty wild.

As for what this Steam release will entail, Young Horses’ creative director and writer, Kevin Zuhn, has stated that more news about the game’s launch on other PC platforms will be coming later in the year. He also teased that there will be some “juicy surprises” in store for fans of the game. Could that mean extra content? Maybe new sidequests? Or more new bugs with outrageous names?

We’ll have to wait and see what Young Horses has in store for Bugsnax fans. At least we now know that Steam users will be able to catch the elusive Scoopy Banoopy very soon.