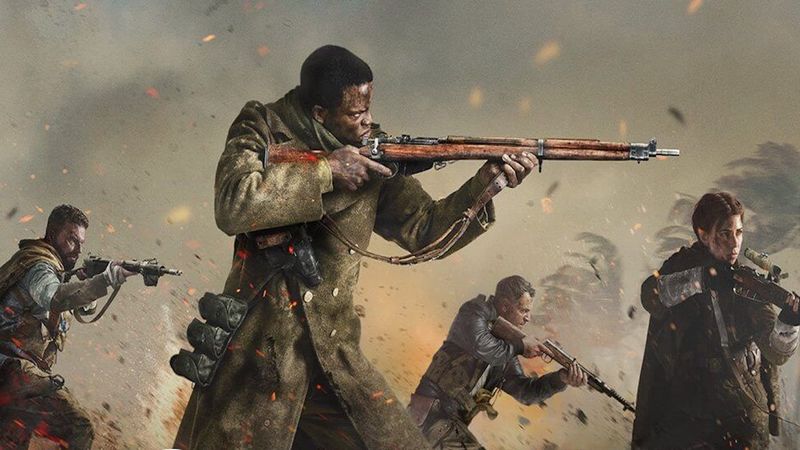 Prior to its likely reveal within the coming days, a short new teaser video for Call of Duty: Vanguard, which should be the name of this year’s installment in the franchise, has emerged. Much like other videos that we have seen in recent days, Activision seems to be continuing its trend of sending these teasers to notable video game influencers. As for the teaser video itself, though, there’s still not much that we can glean from it due to the length.

This time around, the video in question for Call of Duty: Vanguard has come by way of timthetatman. “[I] got this from Call of Duty today someone figure it out,” Tim said when sharing the teaser on social media. As for the nature of the video, there’s again not a whole lot to see. The tease only lasts five seconds in total and quickly shows off a number of different items that will potentially be appearing in-game. Of those objects that we can make out, a crashed plane, bomber jacket, bullet casings, and a beach all seem to be present.

got this from @CallofDuty today someone figure it out… pic.twitter.com/2vS5ahD28Q

Perhaps the most notable thing that is shown in this Call of Duty: Vanguard teaser though is the appearance of a certain emblem. Specifically, this emblem resembles the Task Force 141 unit which is seen in the Call of Duty: Modern Warfare series. This time around, we can make out this emblem a bit more clearly and it seems to be labeled as “Task Force Vanguard”. With this in mind, it looks like the “Vanguard” from Call of Duty: Vanguard could be in reference to a unit that players might be part of throughout the game’s campaign. That’s just my own hypothesis, though, so don’t take it as complete truth.

For now, it’s still not known when Activision and developer Sledgehammer Games will be fully revealing Call of Duty: Vanguard.