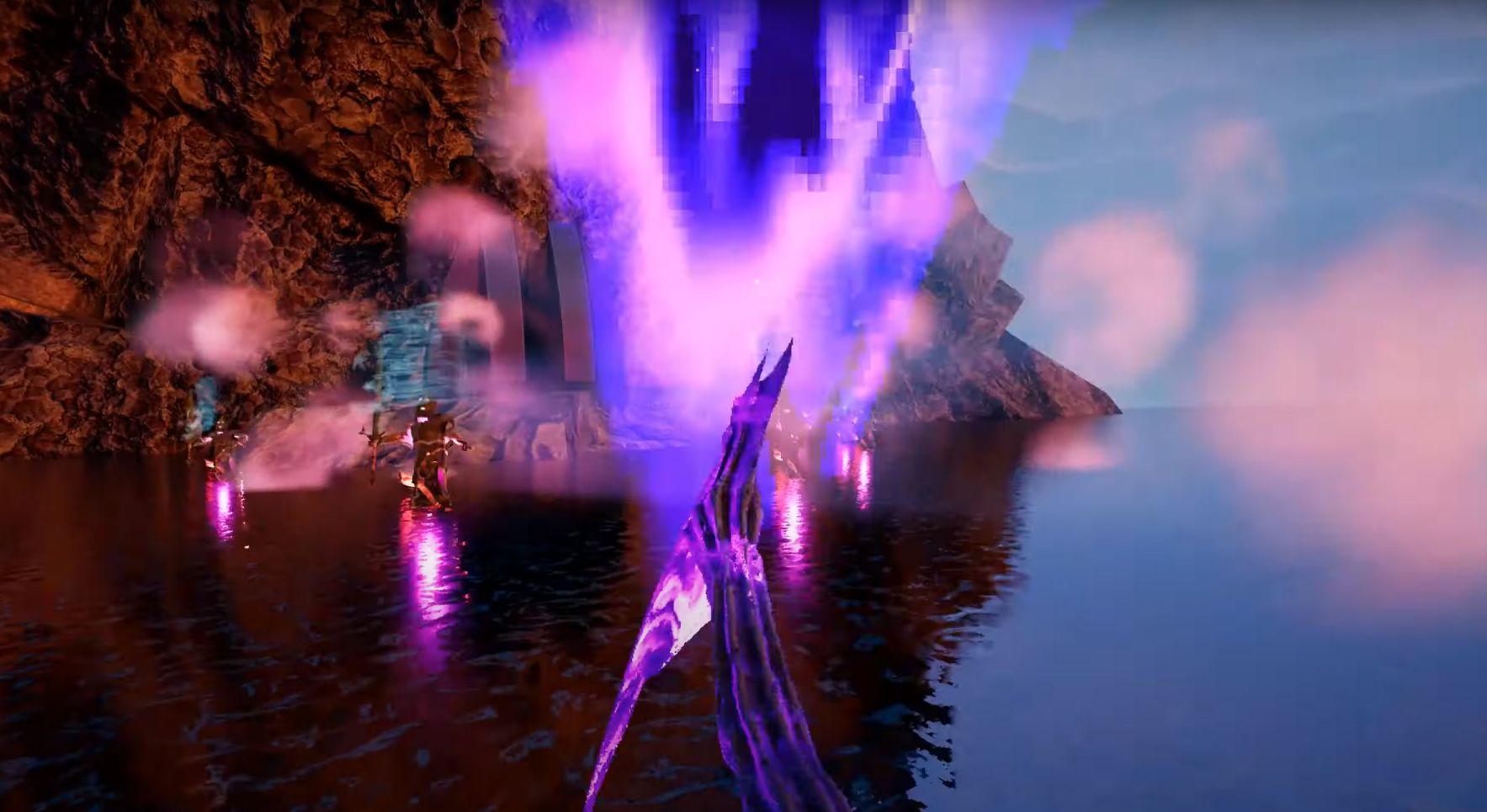 It’s been a good couple of days for retro shooter fans, what with PowerSlave Exhumed, Cultic, Core Decay, and John Romero’s Sigil 2 being in the news. Let’s add one more to the pile. The Black Labyrinth, an expansion for the game whose website redirects from icantbelieveitsnothexen.com, has a gameplay trailer.

The Black Labyrinth will serve as a prequel to Amid Evil, containing new levels, new enemies, and new weapons as well as “new Andrew Hulshult placeholder music”. The trailer shows a scythe thing that can shoot a row of purple energy blasts or just slice open reality and strand enemies in the void. I guess if your base game comes with a staff that shoots planets you need to go large for the DLC. There’s also a pair of spiked gauntlets. I figure they’ll probably let you punch enemies through time so a dinosaur eats them or something.

There’s still no release date for The Black Labyrinth beyond New Blood Interactive’s standard “SoonTM”, but there are plenty of other retro shooters to play in the meantime. Did I mention that Blood-esque FPS Cultic has a demo?