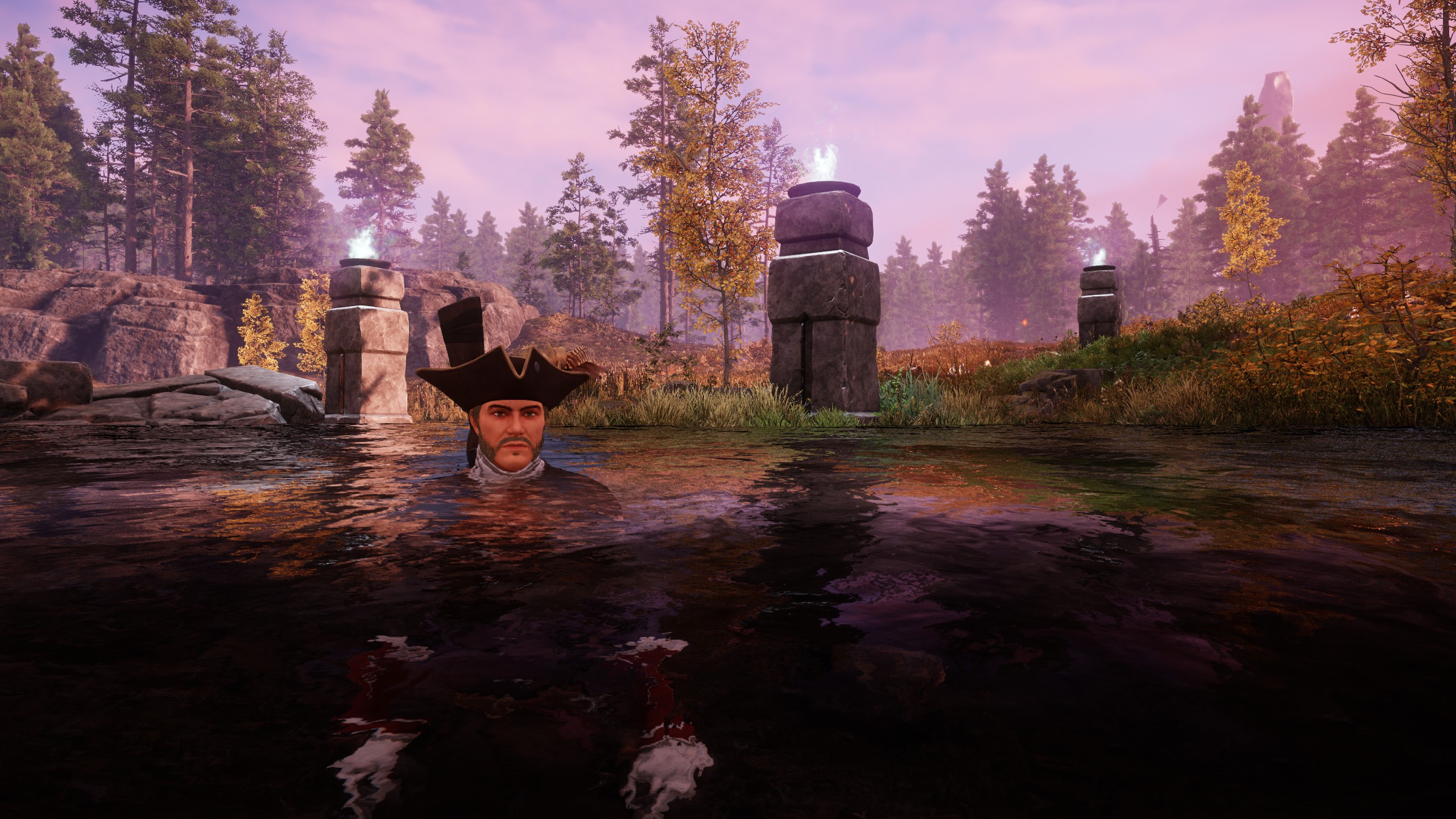 New World begins with you surviving a shipwreck, so it’s a wee bit surprising that you don’t know the first thing about swimming. Nobody in Aeternum does. It’s surrounded by water and full of rivers and lakes, but you’ll never get to go for a paddle.

While plenty of MMOs have embraced the life aquatic, there are still a few that like to keep things on dry land, like Star Wars: The Old Republic, which exclusively features bodies of water that only go up to your ankles. And most of New Word’s rivers and ponds are similarly shallow.

Fair enough, New World doesn’t have swimming, that’s fine. Except it feels like it was absolutely meant to—there’s even a breath meter! I accidentally encountered it when I hit crouch instead of sheathing my weapon, which put my head under the water. There’s seemingly no reason why you should be able to crouch while walking in the water, but you can, and you can drown.

There are some places where it gets too deep to keep your head above water, and that’s when things get a bit weird. You just keep walking, as if you’re out for an afternoon stroll. Wandering through this murky void—only briefly, to avoid drowning—it feels a bit accidental, like when you fall through the world and end up in places the devs never meant for you to see. But there’s nothing interesting here.

New World’s gone through a few changes, and this definitely feels like the ghost of a swimming system that never made the cut. Who knows, maybe there’s treasure hidden out in the water somewhere. Or just a very damp death.