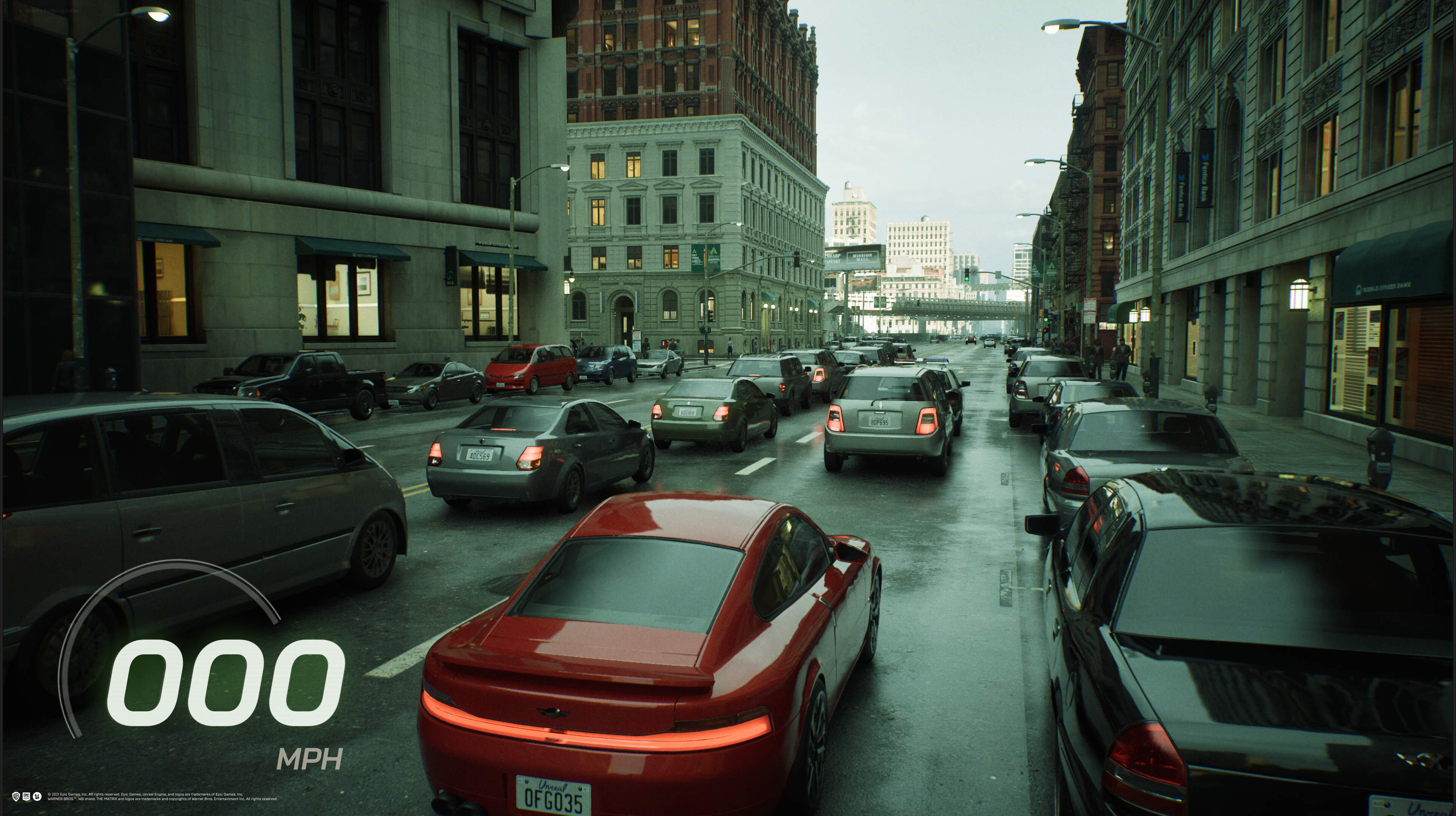 The trailer shown at The Game Awards didn’t do it justice—Unreal Engine 5 demo the Matrix Awakens is impressive. At Geoff Keighley’s gamestravaganza, we got to see a cute bit of patter between Keanu Reeves and Carrie-Anne Moss, a teaser scene of the Matrix Revolutions, and a peek of the Matrix Awakens that made it seem like a very pretty, Matrix-themed rail shooter.

That shooter section is only a small portion of the whole thing. The Matrix Awakens, in its entirety, is an expansive, detailed simulation of a city in Unreal Engine 5. More than graphical fidelity or photorealism, it presents simulations of pedestrian and vehicle traffic that are both expansive and highly detailed. The project’s announcement post claims:

“The city comprises seven million instanced assets, made up of millions of polygons each. There are seven thousand buildings made of thousands of modular pieces, 45,073 parked cars (of which 38,146 are drivable), over 260 km of roads, 512 km of sidewalk, 1,248 intersections, 27,848 lamp posts, and 12,422 manholes. Nanite intelligently streams and processes those billions of polygons, rendering everything at film quality, super fast.”

Perhaps even more impressive, the Matrix Awakens was made by a relatively small group of developers, and Epic claims that the technology behind it will allow similarly sized teams to punch above their weight when it comes to creating large, intricate virtual worlds.

All that hype, and we on PC can’t even play it. The Matrix Awakens is only available on PS5 and Xbox Series X. I would have loved to see it on my new rig, and those wild ones out there who have gotten their mits on RTX 3090s deserve every opportunity they can get to flex that silicon. Hopefully Epic will make it available for download on PC before too long.