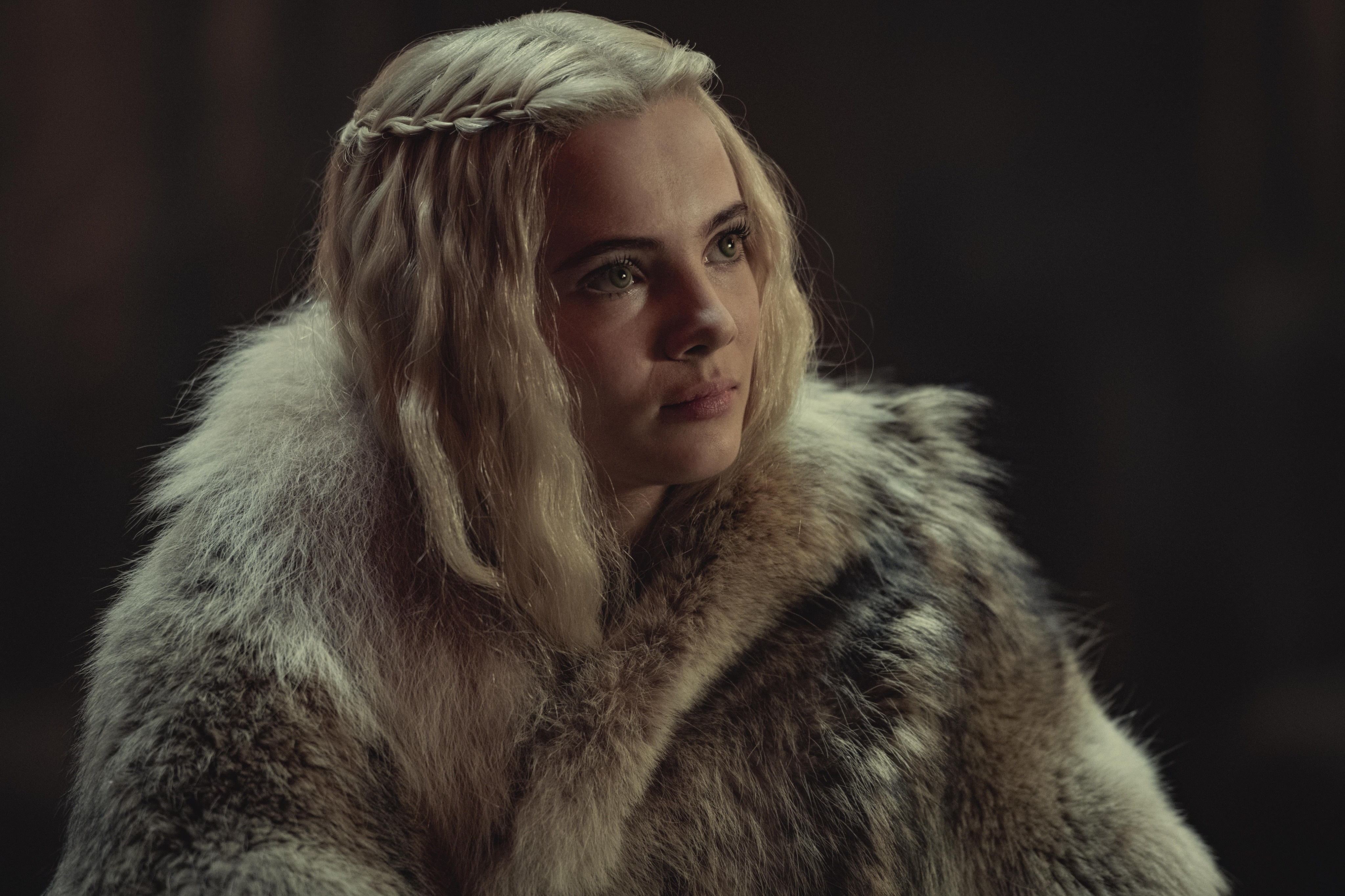 Things are ramping up in The Witcher season 2 and I’ve got to say, episode five is my favourite so far. We finally get to hear Ithlinne’s prophecy and understand who Ciri really is, as well as discover that a new breed of monsters have arrived on the Continent. New enemies appear to hunt Ciri, wielding that lovely forbidden fire magic from the first series, and it’s up to Yen to rescue Jaskier from this angry mage. Oh, and did I mention Ciri wants to go through the Trial of Grasses? No? Well, let’s get to it.

We meet Lydia and Rience in this episode, with Rience being the mysterious fire mage from episode four. He’s captured Jaskier and his torturing him for information about Geralt of Rivia, specifically to locate Ciri. It’s not clear who the two are working for yet—could be Dijkstra, could be the emperor, or maybe even Eredin and The Wild Hunt—but they are definitely bad news. Luckily, Yennefer catches up with them and pretends to be Jaskier’s drunken wife before blowing a fireball in Rience’s face. Jaskier and Yen then proceed to run around Oxenfurt dressed in bold purple—so inconspicuous!

Unfortunately, our duo are separated again as Yen is captured and held prisoner. The strange crone from the hut pays her another visit and this time Yen obliges, uttering the spell to summon herself to the hut. This time she asks for what she needs to do to regain her powers, and the answer? Why, it’s capture Ciri, of course!! No doubt our favourite sorceress has an ulterior motive in mind here, but it’s unclear whether she’ll be as ruthless as before and sacrifice the girl to get her powers back. I’m hoping she tries to find out who this weird hut witch is first.

Triss and Vesemir convince Ciri with little effort to donate some of her blood to test their theory—that she has elder blood and, when mixed, will produce the chemicals needed for the Trial of the Grasses. And it works—a new breed of Witchers could soon be on the horizon. The caveat here is that Ciri demands she be the first to be tested, which could obviously have some dire consequences.

Meanwhile, she tires of feeling lost and not knowing who she is, so Triss suggests some kind of guided meditation to visit figures from her past and help figure herself out. Notable folks from your past—parents, grandparents, old friends etc—shouldn’t be able to interact with you as they are memories, but this is Ciri we’re talking about, so the shit hits the fan pretty quickly. Eventually, Triss and Ciri find Lara Dorren, an elven sage, cradling a newborn while wounded. She holds Triss by her throat, and despite her pleas, Ciri does nothing to save her, instead she’s listening to Ithlinne’s prophecy and watching the Wild Hunt on the horizon. It’s here that we finally discover that she’s a Daughter of Chaos, a descendant of Lara Dorren who passed on her elder blood. While Calanthe hated Elves and her own heritage, it didn’t stop the potent lineage and Ciri is just as powerful as her ancestor.

The dream finally ends and Triss is absolutely horrified by what she’s seen, stating that Ciri is “a seed that bursts into flames; you’ll destroy us all!”. Ciri cries out for Geralt who happens to still be at the monolith and the ground shakes as her scream pierces the air. Geralt and Istredd’s theory that the monolith’s act as conduits for the monsters is confirmed, and when the Cintra monolith was shattered, new monsters emerged as the monoliths were activated.

Geralt also finds out from Istredd that Yen is alive, and we see another tender moment where we see a mix of joy, confusion and I’d guess worry at the news. It’ll be a while before they meet again, however, as they need to get back to Kaer Morhen and Nilfgaard. Istredd discovers that Ciri’s bloodline only goes as far back as Fiona, so he heads off to see some information brokers to find out more. Meanwhile, Geralt arrives back just as Ciri is about to undergo the Trial, which he puts a firm end to, reminding her that she is extraordinary and good, not the world-destroyer Triss sees her as.