Another quarter of the year has passed, therefore another quarterly update from the Diablo IV team at Blizzard is upon us. This update on the demonic RPG focuses on some important topics like itemization and endgame progression.

It is important to keep in mind what is going on within Activision Blizzard at this time regarding ongoing allegations about the work culture. The ongoing lawsuit from the California Department of Fair Employment and Housing (DFEH) against the company is over reported toxic workplace culture. The bulk of the suit focuses on “violations of the state’s civil rights and equal pay laws,” specifically regarding the treatment of women and other marginalized groups. To learn more about the proceedings thus far, including details listed in the lawsuit against Activision Blizzard, please check out our previous coverage here.

As always, Blizzard releases these updates for Diablo IV every few months, and the entire blog for this edition can be found right here. First, items are on the menu, with the return of +Skill stats returning to the series. With class skill points coming back, it was only a matter of time until we saw gear that would affect the ability trees. This means your weapons or armor are able to bestow rank-ups for your classes skills, increasing proficiency for spells or attacks, sometimes even giving you access to skills many levels before you’d normally have them!

Continuing on with items, the blog reiterates the importance of legendary items in the grand scheme of class builds and endgame progression. Legendary stats are now set to appear on different item slots, instead of just one, allowing for greater customization possibilities. A new vendor called the Occultist will allow players to take the skill from one legendary item and transfer it to another. Below, you can see a Barbarian’s axe with all of its stats, and the essence made from it that can be imposed onto a different piece of gear. 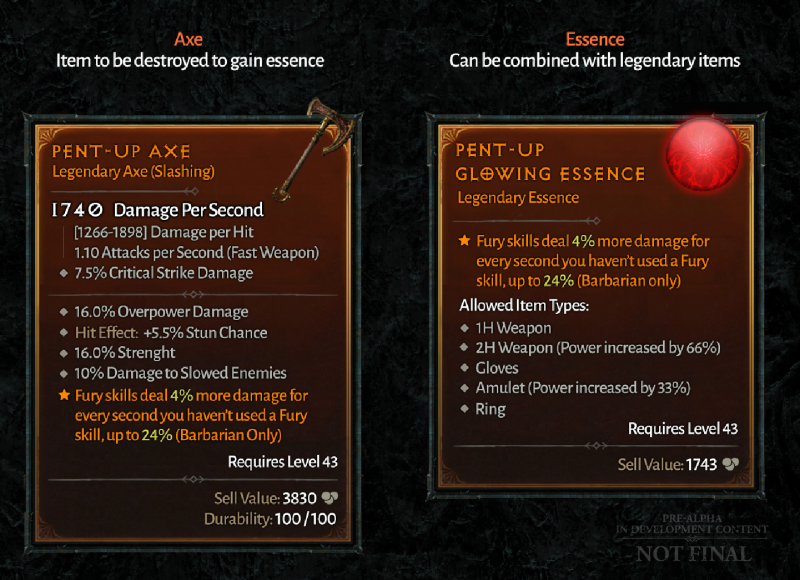 While we’re on the subject of customization, Diablo IV’s endgame is going to have a completely overhauled Paragon system. Dubbed the Paragon Board, players will unlock this feature at level 50. The goal is to fill out tiles as characters gain Paragon experience. You’ll initially begin on the boards center tile, and like the license board from Final Fantasy XII, you’ll claim tiles adjacent to the ones you’ve already filled in. Some tiles will be labeled as rare or magic, some sections can be altered with a glyph. When the claimed tiles reach a “gate” at the edge of the board, a new, unique board can be attached (with its own legendary tile) to continue building out the character in the way you want. 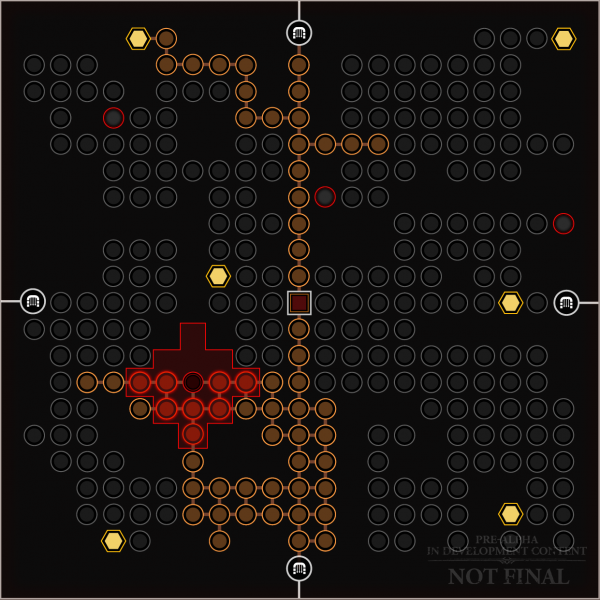 Capping off the quarterly report is a fascinating deep dive into the game’s visual effects. There’s plenty of detail on the studio’s visual philosophies and explanations for how and why things look the way they do. If you dig technical breakdowns, make it a point to set aside some time to read that section and watch the videos that accompany it.

And that’s it for this quarter’s scheduled Diablo IV info. While much progress is being made, it was recently stated that Diablo and Overwatch may be further away than previously expected. We’ll just have to patiently wait for more updates, one of which we know will only be a few short months away.