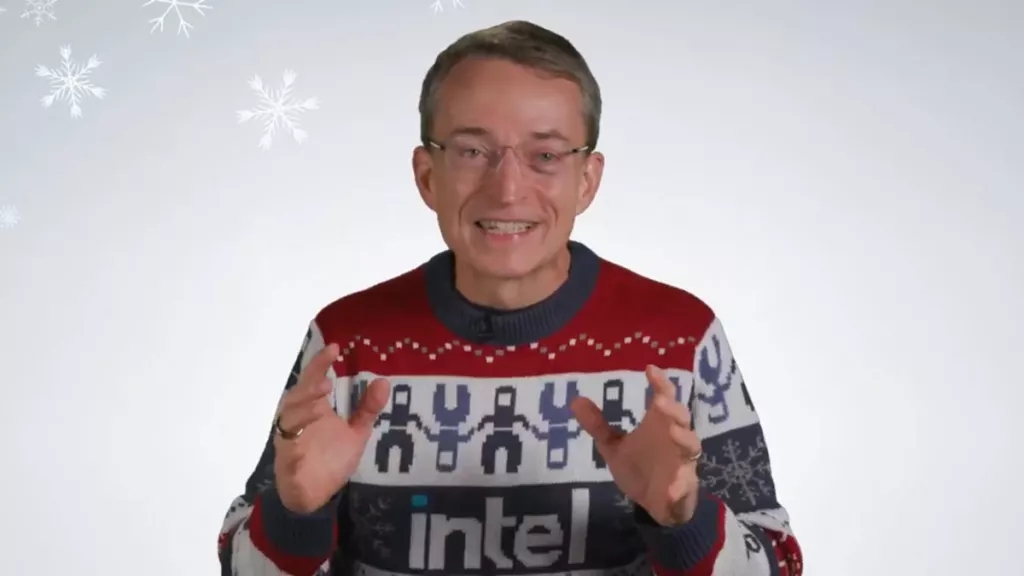 Intel CEO Pat Gelsinger hasn’t been in the job for that long, but he’s already building up a reputation as someone who isn’t afraid to speak his mind or to wear terrible Christmas sweaters.

Gelsinger posted a video (via Tom’s Hardware) that looks back over 2021 and its many trials and tribulations. He covered many topics including Intel’s Alder Lake CPUs and the success they have enjoyed. But he also took time to sink the boot into AMD, saying: “Alder Lake. All of a sudden…Boom! We are back in the game. AMD in the rearview mirror in clients, and never again will they be in the windshield; we are just leading the market“.

It’s certainly true that Intel is experiencing a resurgence after a few years of playing second fiddle to AMD. It’s 12th Gen CPUs are our top gaming picks. Its momentum is expected to continue as 2022 laptops roll out with 12th Gen CPUs in high volume.

AMD has been in a leading position over the last few years due to its process, chiplet topology, connectivity and energy efficiency advantages. But now Intel has overtaken AMD from the high end to the entry level. It even delivered DDR5 and PCIE 5.0 support, though its energy efficiency surely isn’t where it would like it to be. If Intel continues to execute its roadmap, it’s well positioned to regain the market share it lost to AMD over the last few years.

Gelsinger goes on to talk a little about Intel’s manufacturing, which is in very good shape. He claims Intel is on track to launch five nodes across a four-year roadmap. And that development and tooling is on track for the Intel 7, Intel 4, Intel 3, Intel 20A, and Intel 18A nodes, even going as far as stating that the latter is on track for an early 2025 debut. After so many years of 14nm+++ jokes, that really would be something if Intel is able to execute.

A fit and fighting Intel and AMD is good for everyone, at least it would be in normal times when the world isn’t in the grips of a supply chain crisis. Both companies along with Nvidia are set to go head to head again later this year, in the consumer, mobile and the lucrative enterprise space, which is where AMD is still gaining ground. There’s also Intel’s Arc GPUs and the explosion in AI and compute markets that Intel will be fighting for. The second half of 2022 is looking like the equivalent of tech wrestlemania.