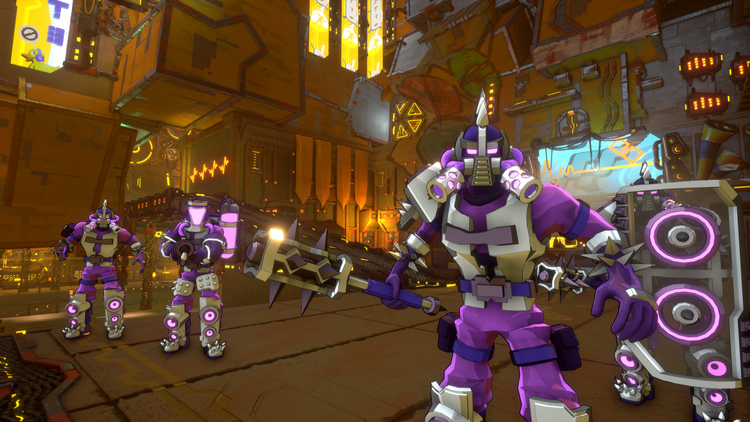 Ever since Crypt of the Necrodancer mashed rhythm and dungeon crawlers into a cool new thing, I’ve been waiting for the same wave to hit first-person shooters. Gun Jam is one of a few games taking a crack at the rhythm FPS, and so far, it’s the one I’d like to play the most. Developer Jaw Drop games debuted a new trailer for the unusual shooter during the Future Games Show 2022, which you can watch above.

I thought this game looked familiar after watching the trailer, so I went to the official site and realized that Gun Jam is what became of this cool rhythm FPS concept that made the rounds on Twitter at the start of the pandemic. Two years later, Gun Jam is now a proper game with a campaign and arcade mode.

One mechanic that hasn’t changed much since the start is Gun Jame’s central note highway reminiscent of Guitar Hero. Notes fly up from the bottom of the screen and intersect with the gun reticle at the center. Players are encouraged (or perhaps required) to shoot to the beat of the notes. Similar to Necrodancer, it looks like you can maintain a note streak when no enemies are around by dashing to the beat instead. It’s not clear how precisely you have to aim to hit enemies, though. The constant obstruction of the notes on screen looks like it’d be tough to keep a steady aim, but maybe there will be some aim assist to compensate.

There are a few other games like Gun Jam out there at the moment, but this is probably the first one I’ll pick up myself, largely because it’s the only rhythm FPS of the moment that isn’t focused on heavy metal. I’m not a metalhead, so I never tried 2020’s BPM: Bullets Per Minute and am similarly less interested in the upcoming Metal: Hellsinger. Gun Jam already has more variety after one trailer. Today’s trailer was all electro-pop, but Jaw Drop says the full game will have an “original, multi-genre soundtrack.”

I also like that Gun Jam’s songs appear to dictate which guns you can use at any given moment. As notes change colors, the player swaps to corresponding weapons. It looks like yellow is a shotgun and orange is a grenade launcher.

Gun Jam’s Steam page says it’s due out sometime in 2022, but you can wishlist it right now.