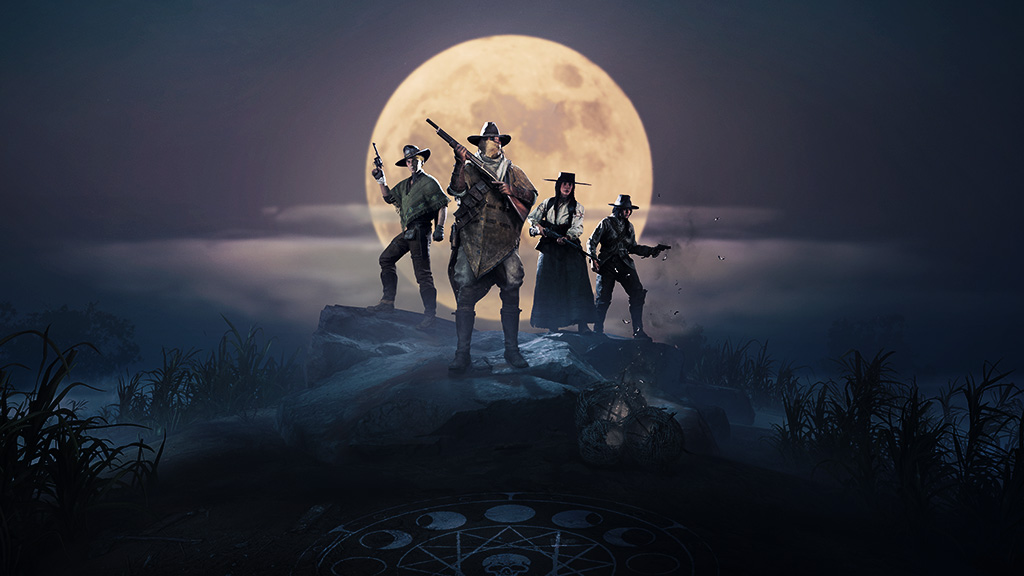 There’s a new event live over in the bayou in Hunt: Showdown. The Traitor’s Moon event is just hitting the servers across the globe, and brings with it new “Orwellian” effigies to smash, clues to find, and legendary hunters and weapons.

I just jumped into the game to get a quick idea of what’s on offer, and I have to say there are some pretty sweet legendary skins up for grabs through grinding event points. The Moonflower Berthier Mle 1892 looks especially tasty, though you will have to hit 6,500 event points to unlock it.

I don’t know how quickly you’d reach that number yet. For previous events, the Hunt: Showdown team has adjusted the rate in which you collect points, though it feels like lessons have been learned there and a more consistent event point system is in place nowadays. If this plays out like the last event for point scoring, then, you will have to play a fair few games over the event’s 21 day duration to hit the top unlocks, but hopefully not dedicate your life to it.

The other interesting add-on with this event is that Crytek is using the opportunity to add a few new guns into the game: the Scottfield Brawler, Berthier Riposte, Caldwell Model 92 New Army, and Winfield Model 93 Slate. These will be unlocked later on outside of the event, but if you hit the necessary event points you get to play with them early.

Alongside the free items unlocked with event points, there’s also a new Legendary bundle on the Steam store. It includes legendary hunter The Turncoat; two weapons, a Dolch 96 pair called Crossfire and Ambush; and a legendary ammo box (Red Cask). Which I’m almost certain is the first legendary ammo box in the game.

Traitor’s Moon should be live now for pretty much everyone, as PC downtime was earlier in the day Central European Time. If you don’t want to grind or buy anything either, you will still be able to enjoy the game as per usual, just with a bit of a different vibe across each map.