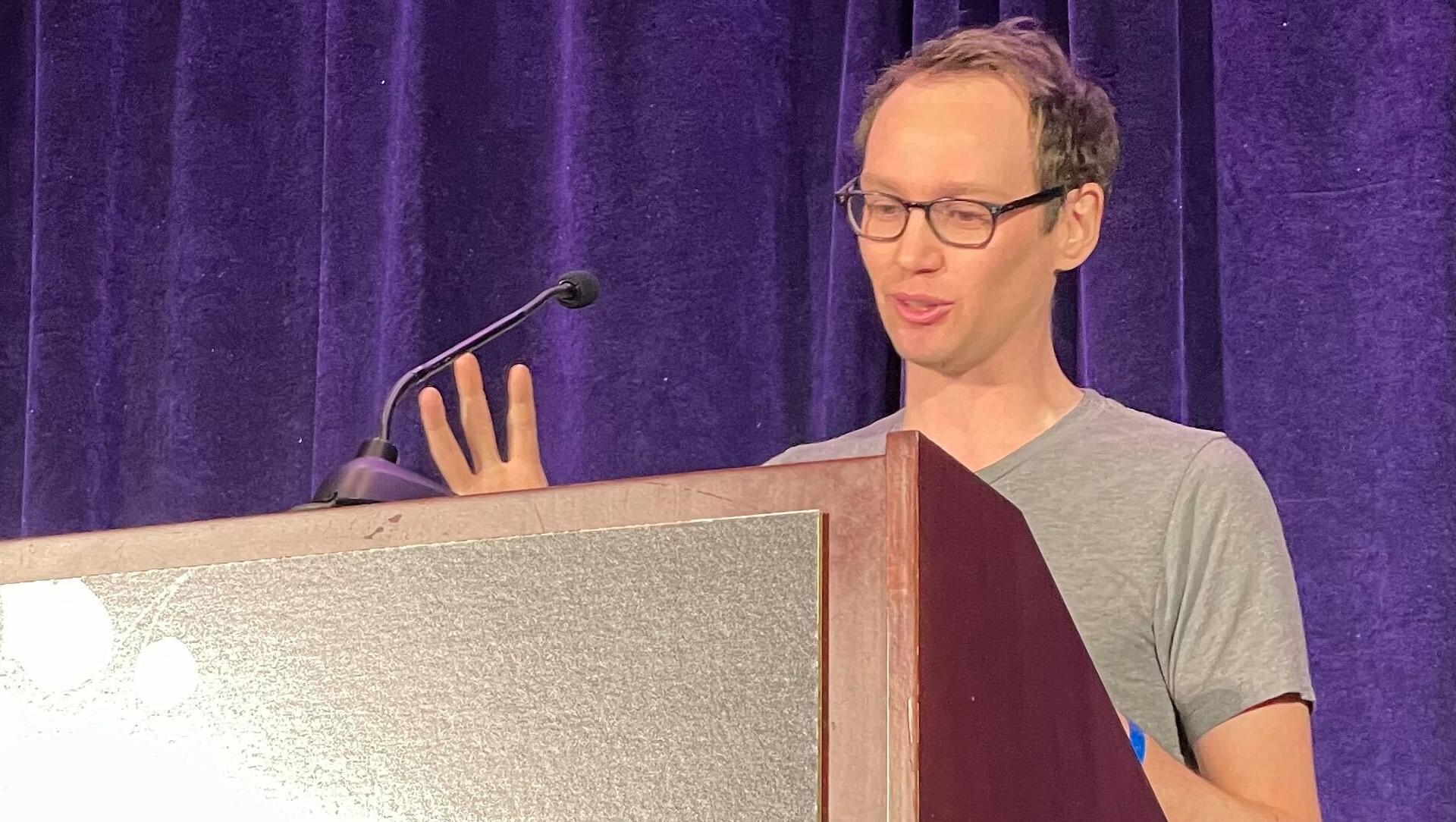 Josh Wardle doesn’t consider himself a game developer, but he spoke at the Game Developers Conference anyhow, sharing the creation story of his viral word game with a packed room. Many of the Wordle details Wardle shared in the talk, such as that he made the game for his partner, have already been inscribed in the Wordle lorebook by profiles such as The New York Times’s “Wordle is a Love Story.”

Naturally, the first thing I did after seeing the talk was text my mom and sister to tell them that I’d just been sitting 10 feet away from the Wordle guy. During the talk, he said the first sign that Wordle was going to be successful–although he didn’t entirely pick up on it–was that it reinvigorated his sister-in-law’s family group text chat. Eventually, they had to create a spin-off text just for Wordle talk.

Wardle’s entertaining presentation was framed around all the things he did that you aren’t “meant to” when making and releasing a game. The first, he thinks, is that he made a word game, which aren’t the kind of thing expected to be hits worth over $1 million. He only made it playable once per day, made a website rather than an app, launched it on a bad URL, didn’t include links to the game in the sharable emoji scorecards, didn’t have any interest in running a game business, and didn’t monetize it, except by eventually selling it.

Here are a few details from the talk I found interesting, whether or not they were previously known: