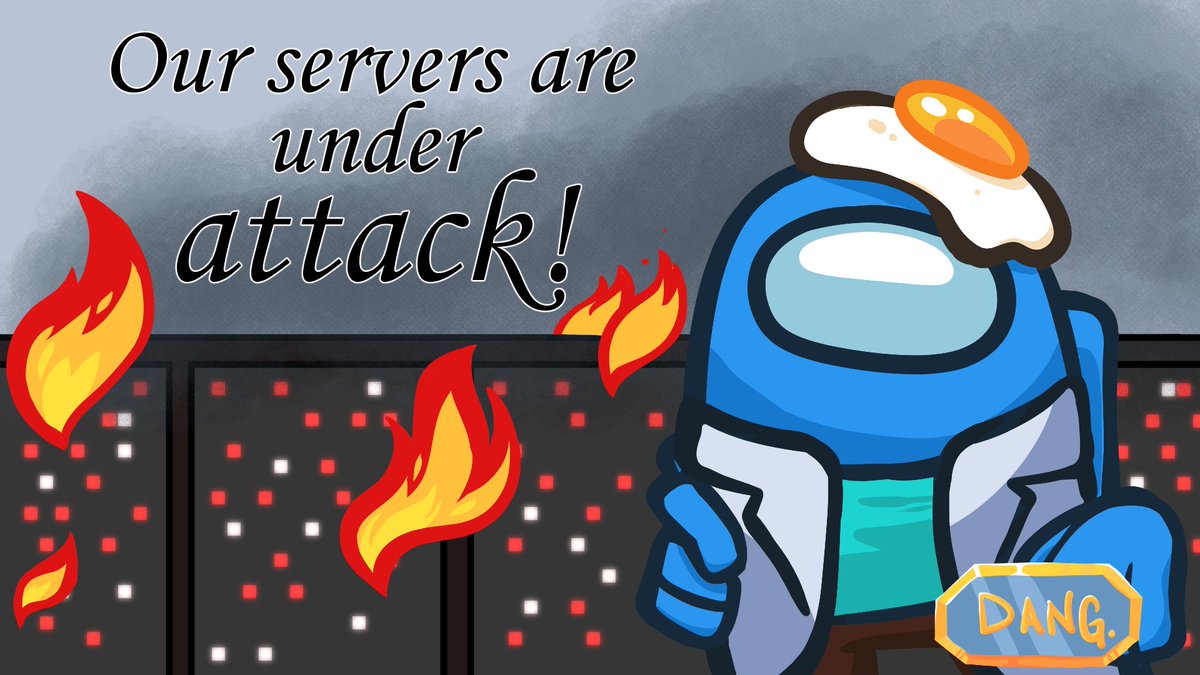 Players of popular social-deception-in-space game Among Us began having difficulty connecting to its servers on March 24, after which developers Innersloth had to take servers offline to deal with the problem, which is apparently the result of a DDoS attack. Or, as the charmingly informal Among Us Twitter account put it, “we have a sabotage going on lol”.

we have a sabotage going on lol? NA and EU servers are getting DDoS’d ?service will be offline while the team works on fixing it, but might take a bit, hang tight!!!!! sorry!!!March 25, 2022

Servers in North America and Europe have been taken offline while Innersloth works on fixing the issue. A follow-up tweet explained that “they may come on/off but will update u when we think they’re stable, sorry!!!”

This isn’t the first time someone has targeted Among Us. Back in 2020, a hack filled its lobbies with bots who repeatedly spammed messages, after which players would be despawned and left in a black room before being disconnected. The messages being spammed tried to convince players to subscribe to the hacker’s YouTube channel “or else we will kill your device”, after which they signed off with “Trump 2020”.

Among Us first released in 2018, but became an unexpected hit in 2020 thanks to a combination of lockdown-induced desperation for something to do with friends online, and going viral on Twitch. Here’s the full story on how Among Us became so popular.

The Nier Automata anime has a trailer and launch date, will probably be ‘altering issues’

5 new Steam video games you in all probability missed (September 26, 2022)

Judgment mod restores actor who was deleted by Sega

Hack the police on this fashionable cyberpunk visible novel

Getting burned on the stake is simply the beginning on this grimdark, witchy FPS